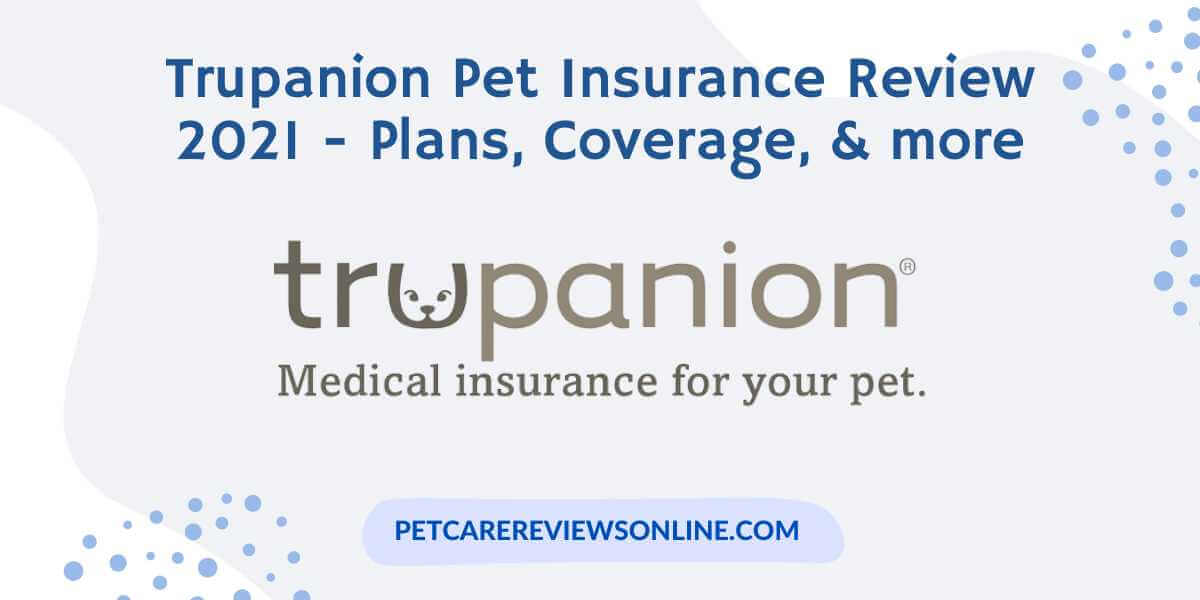 Regardless of your pet’s body language skills – understanding what’s bothering it is hard without professional veterinary help.

Trips to the vet are double scary, fearing a negative diagnosis and an expensive bill. With Trupanion pet insurance, owners can put one worry to rest from the start.

Insurance can be strenuous to decipher, as the policies differ enormously from one insurer to another. However, Trupanion strives to provide a genuine and transparent pet insurance experience, helping owners not to face the grim choice between saving a pet and depleting their savings account.

Read on and learn why Trupanion is a first-rate pet insurance provider – discover its customer pricing, coverage, service, policies, and decide whether it’s a suitable choice for your bank account and your pet’s health.

Trupanion insured its first pet in 2000 when the company was known as Vetinsurance and worked out of Vancouver, Canada. It didn’t take long for the company to migrate its headquarters to Seattle, USA, and decided to grasp the innovation impulse that prevails in the city.

Focused on implementing technology in the pet insurance niche, Trupanion offered comprehensive coverage for pets, processing different types of claims. Its methodology and success forced competitors to improve their offer. In effect, Trupanion raised the industry standards, and the beneficiaries are owners and their pets.

New types of coverage and reliable service contribute to the company’s growth. The commitment to pet safety is evident from the support offered to charities and pet organizations. 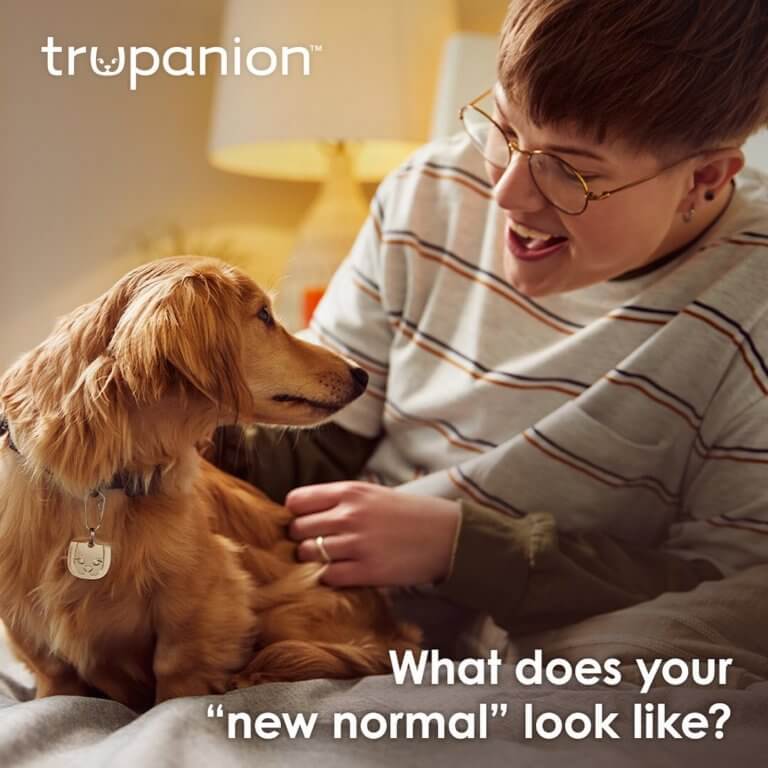 Get offer from Trupanion

What Is Trupanion Pet Insurance?

Trupanion is the fastest-growing company in the pet medical insurance niche, known for its all-inclusive coverage and five-star customer service. The provider strives to offer fast claims resolutions and provides the best medical insurance care available.

With one plan covering 90% of unexpected illnesses and injuries, the provider attempts to offer protection in most emergencies. The plan includes diagnostic tests, hospital stays, medications, and surgeries. The 90% coverage starts after the client meets their deductible, and there are no limits on the amount reimbursed.

Trupanion can cover a meaningful share of your veterinary bill within minutes. Owners only pay their chunk of the invoice at checkout – no need for submitting a claim and pending reimbursements.

Trupanion offers only one insurance plan, and clients can augment with optional add-ons, but there is no wellness coverage for preventive care like vet exams.

The plan covers injuries and certain conditions, including dental diseases, and pays for 90% of eligible expenses of the vet invoice after your selected deductible, without any lifetime or per-incident limits.

The provider follows the industry practice of not covering pre-existing conditions or cosmetic procedures, including any incident that takes place during the 30-day waiting period.

New policies are issued only to pets under 14 years old, but pets are eligible for lifelong coverage after enrollment.

Extra coverage options you can add to your policy include:

This price for add-ons can differ with a max of $30 and is in addition to the core plan premium.

How Much Does Trupanion Cost

The price of each policy is exclusive and depends on many factors, including your location, pet’s age, breed, and health conditions. Trupanion has a fixed 90% reimbursement with the choice of a $0 to $1,000 deductible and limitless annual payout limit.

How Does Trupanion Pet Insurance Work

Pet owners can enroll into Trupanion’s policy with a low monthly premium and no deductible, or customize their plan to fit a budget. Trupanion Express allows online submitting of claims and pre-approvals. The claims approval process takes only a few minutes, allowing clients to pay only for the portion not covered by their insurance plan.

Enrollment can also be done online. Before the coverage starts, there’s a waiting period of 5 days for accidents and a 30-day for illnesses. Any incidents during those periods are not eligible for a claim.

It’s the only provider that uses technology to enable you to pay your veterinarian directly at the time of checkout. This benefit saves pet owners from filing paperwork or waiting to be reimbursed. 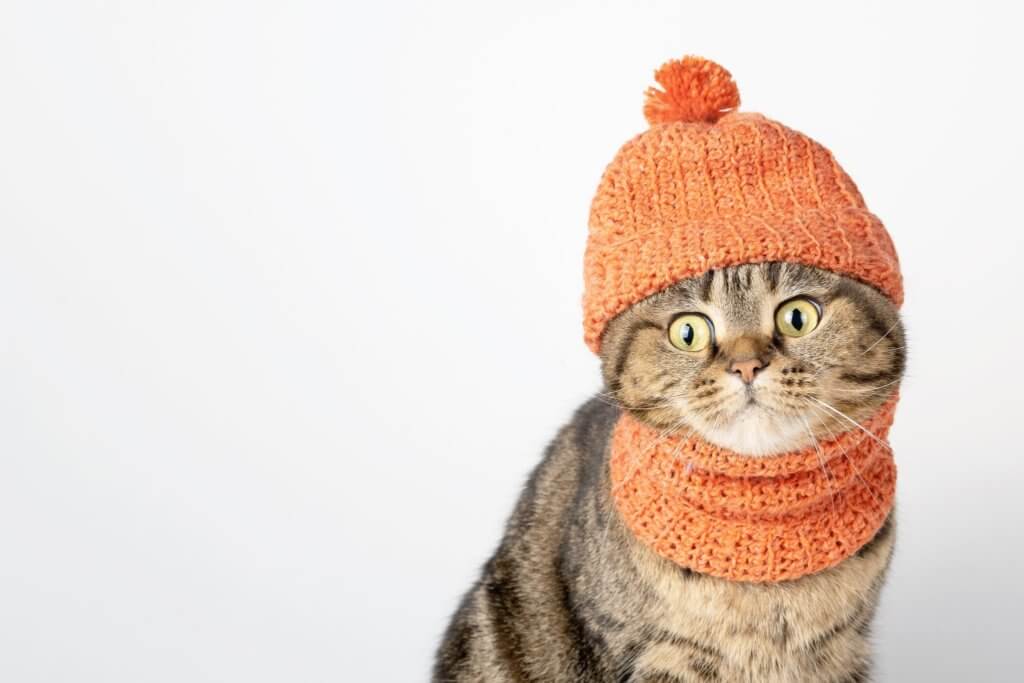 Get offer from Trupanion

Is Trupanion Worth It

Owners interested in comprehensive accident and illness coverage that pays the veterinarian directly, but only if they use the company’s software – should look into Trupanion’s policies. The provider covers surgeries, hospital stays, hereditary conditions, medications, congenital conditions, and unexpected accidents.

Trupanion reimburses 90% of covered costs with no payout limits, more than other pet insurance policies.

The higher premiums of Trupanion make some pet parents hesitate about enrolling their furry friends.

Trupanion won’t cover pets over 14 years old, but enrolling puppies will bring a lower monthly premium and more value in the long run.

The downside is that the insurance provider doesn’t currently offer wellness, and taking into account the high price of a policy, this is a little bit disappointing for most owners.

What Does Trupanion Cover

Trupanion offers an array of pet insurance options and customizable policies, so pet owners can find the right coverage to meet their individual needs.

While you can modify your deductible with Trupanion, you don’t have the option to choose a precise plan. The reason is that every Trupanion policy provides coverage for accidental injuries and illnesses and always reimburses at 90% of the costs with no payout limits.

Trupanion covers a wide variety of different medical conditions for cats and dogs, including:

Trupanion will pay for all of the different services your animal may need when a problem develops, including:

Pet owners have the option to get a recovery and complementary care rider that pays for non-clinical procedures such as:

Trupanion is an excellent choice for financially protecting pet owners against any illness or accident. Unfortunately, like other pet insurance providers, it does not cover pre-existing conditions.

The company’s 90% no-limit coverage is the best deal on the market, and the convenience to pay your veterinarian directly at the checkout is unique. In terms of the overall quality, Trupanion is a must-look-at option!

The provider’s plan has no payout limits and a per condition deductible. For owners, this means after they cross the deductible ranging from $0 to $1,000, they will have to pay the deductible only when the pet is diagnosed with a new condition, as opposed to the upfront payment of a yearly deductible that revamps with every annual plan.

The wellness coverage is not standard, and owners can add a pet owner assistance benefit to cover accidental damage around the house and rewards for a lost pet. There is a one-time new client fee of $35 and no discount for multiple pets.

Trupanion has earned its favorable reputation with quick claims processing along with a vet direct pay option that processes claims at checkout. Much faster than the standard practice of paying the bill and using it to submit a claim afterward.

Trupanion has been in the pet insurance business for two decades. The large clientele it has accumulated can testify to the company’s quality but also shortcomings. Personal experiences are subjective, but reviews generally gravitate to the positive side.

The financial analysis firm Demotech gives the company an A (Exceptional) rating for financial stability – the 3rd highest rating ever provided by the company.

Judging from opinions shared by users of the Trupanion app, the provider is a dog-send for pet parents. Collectively looking at all the stars placed on reviews, one would think a constellation has formed.

That brightness is present in the generous words of owners. Pet parents emphasized the fast processing of claims, seeing it as a crucial benefit in owning a policy with a premium insurance provider.

The full spectrum of coverage is another characteristic of Trupanion’s plan that impresses pet owners. Especially the peace of mind it gave them in emergencies that required expensive surgery.  Mostly overlooked, but a benefit not forgotten by Google reviewers is the importance of the medication coverage for owners with chronically ill pets.

According to reviews located on BBB, the engaging customer service agents at Trupanion are soothing voices in a crisis. The feeling that the company is genuinely interested in their problems is a reassuring factor for many reviewers of the provider’s services.

Most pet owners recommend Trupanion because of the option to pay directly to the vet. The convenience of not going to all the hustle of preparing paperwork and hoping everything is processed correctly is what counts in the words of most users of the insurance provider.

Stories about an expensive diagnostic test that nearly bankrupted the owner if it wasn’t for the safety net cast by their Trupanions policy are also abundant, especially among dog owners, whose temperamental furry friend obviously can’t stay away from trouble.

The anonymity provided to Reddit users guarantees a degree of sincerity in their reviews.  Most Redditors that had experience with the provider don’t hide their satisfaction. Comments about the benefit of a policy for a hyperactive puppy are the most frequent ones.

Users rave about the excellent customer service and comprehensive coverage that prepare pet parents for any eventuality.

The consensus is that with the provider, you get the biggest bang for your buck. Interestingly, some reviews focus on the optional Breeding Pet Coverage as a good option for owners of expensive breeds. Wellness is an underreported benefit among users who prefer to focus on significant issues.

Shoppers on Yelp perceive Trupanion as a serious insurance provider – something evident from the 5-star reviews. In most cases, the high praises are because of the direct to vet pay option and all-inclusive coverage.

Some individuals admit that initially, they were skeptical of the provider because of the high cost but soon found out that the benefits outweigh the monthly fee.

Most pet owners express gratitude for the help they received in combating a pet’s injury, expressing doubt that they would have been able to save their four-legged roommate without the timely financial assistance of Trupanion.

Testimonials of owners that surpassed their deductible but still received help from the provider speak of the company’s commitment to its clients. Trupanion is highly recommended on Yelp for its comprehensive coverage and timely payment of claims 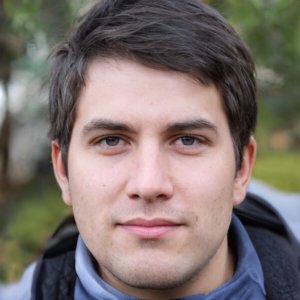 Ralph is the Founder of PethealthCareOnline.com. Ralph's main goal is to serve all pet parents with the proper data and information to get the best decision for their pet wellness.

Best Pet Insurance for Goldendoodles: Who Is The Best Insurance Provider?